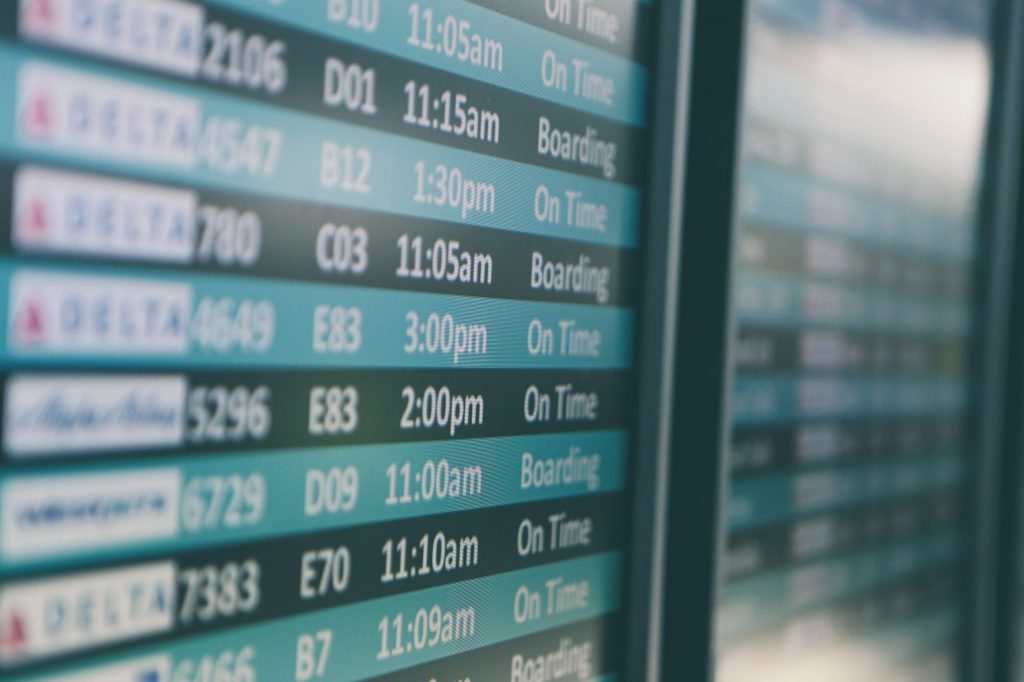 Major weather events can have a huge impact on flight schedules. Flights are delayed and cancelled, but why when the weather has past are flights still leaving late or being cancelled?

Major weather events are a huge headache for airlines. So much planning and precision has gone into scheduling every aspect of running an airline. The fact that airlines are able to move so many people with so many moving parts is a true example human organization and coordination. Think about it, when you arrive at the airport there are staff to check you in, staff to manage your bag, screening officers for security, the pilots and flight attendants have to be brought on time from their hotel to the airport, maintenance personnel have worked on the aircraft and have it ready to go, dispatchers have planned the flight and ordered the fuel, the fueling personnel have fueled the aircraft, catering staff have loaded the aircraft with the right amount of food, cargo is loaded, bags are loaded, passengers are loaded, the crew complete their checks, ground crew push the aircraft back, de-icing staff clean ice off the plane, and air traffic controlers guide the aircraft to its desination where a whole other army of choreographed staff are ready to greet you! Air Canada, for example, on average does over 1,600 flights per day!

The point is, there are so many variables in an airline that when a significant weather event throws off that planning, chaos followed by a slow recovery can insue. Most reasonable passengers can look out the window and see the weather and understand why there is a delay or cancellation. Even when the weather is at the destination a quick search of a weather app can reassure passengers their frustration is caused by mother nature. However, sometimes a byproduct of these events are aircraft and crew “getting out of sequence”.

Every flight needs an aircraft and crew but these are not unlimited resources. When a series of flights are planned for a crew there must be adequate layovers for the crew to rest. In Canada there is a legal limit to how long pilots can be at work and the minimum amount of rest needed between shifts. Additionally, pilots and flight attendants are obligated to remove themselves if they become fatigued or ill. So, if an aircraft breaks down or gets stuck in weather, or if the crew become fatigued or stuck in weather, it can affect a whole series of flights.

For example, let’s say a crew of four is scheduled to fly from Halifax to Toronto. In Toronto the crew will change to a new aircraft and fly to Montreal and another crew will take the Halifax to Toronto aircraft on to Boston. If the aircraft and the crew get stuck in Halifax for weather there is no aircraft to go to Boston and no crew to go to Montreal. This has a ripple effect that can last for days. This is a simple example, but imagine this on a much larger scale with hundreds of flights being affected by weather. As these delays get longer the issue of the crew needing rest begins to affect even more flights.

Most airlines do prepare for situations where an aircraft or crew are not available. There are reserve staff and aircraft ready to go. But during major weather events, these reserves can be quickly eaten up, plus a spare crew is no use in Toronto if they are needed in Halifax.

A common complaint from passengers when they are delayed for aircraft or crew is “why can’t you have more airplanes” or “why can’t you call in another pilot?” Well, beyond the incredible planning it takes to have crew and aircraft in the right place at the right time, rested and ready to go, it is not always possible to have extra aircraft and crew ready. The nature of modern-day air travel is it’s affordable. That means airlines must be as efficient as possible to get customers and also make some profit. Airline margins are extremely small, especially in Canada, so any extra cost can make air travel more expensive. Airlines must manage the level of service customers expect balanced with an efficient operation. If you think about it, if money was no factor for you with air travel you could hire a private jet. It would cost you significantly more than a seat on an airplane, but it would provide you with incredible service and schedule. Unfortunately, as most of us can not afford private jets we must endure some minor frustration in return for a safe, cheap ticket.

Except where otherwise noted, TP's Blog content on this site is licensed under a Creative Commons Attribution-NonCommercial-ShareAlike 4.0 International License.
Images/graphics, third-party advertising and user comments are not included in this license and may be subject to other copyrights.
Manage your privacy
To provide the best experiences, we use technologies like cookies to store and/or access device information. Consenting to these technologies will allow us to process data such as browsing behaviour or unique IDs on this site. Not consenting or withdrawing consent, may adversely affect certain features and functions.
Manage options Manage services Manage vendors Read more about these purposes
Manage options
{title} {title} {title}
Loading Comments...
%d bloggers like this: