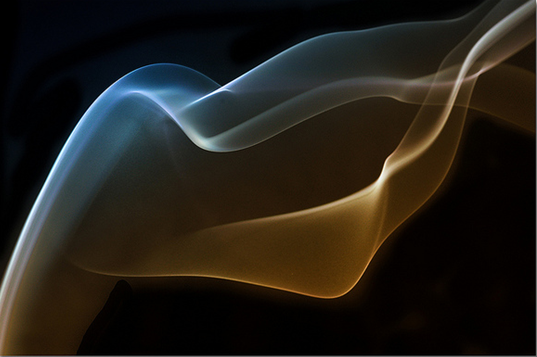 A few years ago I was flying in a northern community in a turbine aircraft. While the aircraft was sitting on the ground, it was hooked up to a fuel-burning heating cart. About an hour before departure I went to the aircraft to get ready for our return flight home. When the cabin door was opened, an overwhelming smell of exhaust washed over me. It was clear that something was wrong with the air cart. It could have had an internal malfunction, or the air intake was drawing air from the exhaust. We let the aircraft air out before we re-entered. Even after the aircraft had been given time to air out there was a distinctive residual smell of exhaust for the rest of the day, and I had a strong headache. I was likely exposed to carbon monoxide.

Carbon monoxide (CO) is a colourless, odorless, tasteless gas that, is poisonous to humans. The young, old and those suffering from illnesses may be affected by carbon monoxide faster, but at certain levels it affects all.
Carbon monoxide is extremely dangerous if it builds up in areas where humans are living. Many governments suggest or enforce homeowners to install CO detectors. CO is produced from burning fuel such as oil, wood, natural gas, propane, or kerosene. We have all heard of stories of faulty furnaces killing people as they sleep with CO poisoning.

Depending on the levels of CO and duration of exposure symptoms can be:

Many authorities have acceptable limits of CO levels in the workplace. Ideally the level should be zero, but occasionally we may become exposed to CO.

Here are some levels of CO and the effects on humans:

So what does this mean for pilots? Well, most small aircraft use engine exhaust for heat. Outside air is directed over the exhaust pipe to heat the cabin. If there were a leak in the exhaust pipe, CO could leak into the cabin. Many small aircraft also use fuel burning heaters where there is a chance of exhaust leaks too. Turbine aircraft have a much lower risk of leaking exhaust into the cabin, as air is drawn in before the combustion part of the turbine. That being said, there is always a chance of being exposed to carbon monoxide on the ground with fuel burning external heaters.

The simplest way to protect yourself is installing a carbon monoxide detector. These devices range from a simple “dot” that changes colour when exposed to CO, to modern digital detectors that will alert you when the level exceeds safe levels.

If you think you are being exposed to CO, LEAVE THE AREA! If you can’t do that, remove the suspected source of the CO and try to let in as much fresh air as possible. Do not re-enter the area until an authority such as the fire department says it’s safe to do so. CO poisoning is dangerous, and you MUST visit an emergency room or doctor as soon a possible, especially if you are exposed at work. Even on 100% oxygen it will take at least 80 minutes to remove half the CO in your blood. Even a small amount of CO exposure can have significant effects. Safe levels are ideally never above 20 ppm. To give you perspective, being around exhaust from cars in Mexico City could be between 100-200 ppm, and undiluted exhaust from cars can be as high as 7000 ppm!

In summary, understand the dangers of CO, know what to do if you think you have been exposed, and ask your employer to provide detective devices for CO. Remember, carbon monoxide is odourless, the exhaust smell may not be present.

Except where otherwise noted, TP's Blog content on this site is licensed under a Creative Commons Attribution-NonCommercial-ShareAlike 4.0 International License.
Images/graphics, third-party advertising and user comments are not included in this license and may be subject to other copyrights.
Manage your privacy
To provide the best experiences, we use technologies like cookies to store and/or access device information. Consenting to these technologies will allow us to process data such as browsing behaviour or unique IDs on this site. Not consenting or withdrawing consent, may adversely affect certain features and functions.
Manage options Manage services Manage vendors Read more about these purposes
Manage options
{title} {title} {title}
%d bloggers like this: